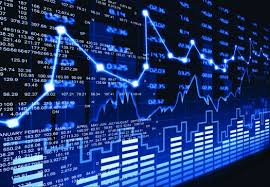 Worldwide Semiconductor Revenue Grew 2.6 Percent in 2016, According to Final Results by Gartner

Worldwide semiconductor revenue totaled $343.5 billion in 2016, a 2.6 percent increase from 2015 revenue of $334.9 billion, according to final results by Gartner, Inc. The top 25 semiconductor vendors' combined revenue increased 10.5 percent, a significantly better performance than the overall industry's growth; however, most of this growth resulted from merger and acquisition (M&A) activity.

"The semiconductor industry rebounded in 2016, with a weak start to the year, characterized by inventory correction, giving way to strengthening demand and an improving pricing environment in the second half," said James Hines research director at Gartner. "Worldwide semiconductor revenue growth was supported by increasing production in many electronic equipment segments, improving NAND flash memory pricing and relatively benign currency movements."

Intel retained its No. 1 position as the largest semiconductor manufacturer and grew its semiconductor revenue 4.6 percent in 2016 (see Table 1). Samsung Electronics continued to maintain the No. 2 spot with 11.7 percent market share.

"The combined revenue of the top 25 semiconductor vendors increased by 10.5 percent during 2016 and accounted for a 74.9 percent share, outperforming the rest of the market, which saw a 15.6 percent revenue decline," said Mr. Hines. "However, these results are skewed by the large amount of M&A activity during 2015 and 2016. If we adjust for this M&A activity by adding the revenue of each acquired company to the revenue of the acquirer for both 2015 and 2016 where necessary, then the top 25 vendors would have experienced a 1.9 percent revenue increase, and the rest of the market would have increased by 4.6 percent."